I was working in a small provincial town recently and spoke to the owners of two coffee shops approximately thirty yards apart.  They were on the usual, slightly decimated, High Street that can be found in almost any town in the UK.  Lots of “To Let” signs and empty stores.

In between them was a Caffe Nero.

One shop was doing well and, despite long hours and hard work, was returning a solid profit mostly fulfilling the dream that the owners has when they started up.

The other site was very close to closing down.

The owner of the site that was closing down had a very different story to what the owner of the successful one had.  In his “story” you simply can’t compete with the chains, can’t expect to succeed in a recession when there is “no money about”, can’t hope to operate a decent business with such poor quality of staff available and having empty shops in the road really was “the kiss of death”.  He had multiple other complaints to air but they’re too tedious to drag out here.

The successful shop acknowledged that it was hard work and that you really needed to be on top of your game to keep people happy and make a profit.  But they also accepted that was the way it should be! They thought having a Nero nearby was actually good because they felt their coffee was considerably higher quality.  They consistently worked at everything we discuss in our books and in our Cracking the Coffee Shop Code course.   They produced great products, great coffee, worked very hard within the community, sampled with customers on the street, produced joint ventures with local businesses, endlessly trained their staff…

i.e. they didn’t have a magic wand.  Nothing particularly special or clever.  They just worked hard at it.

This different “story” is something that I see day in and day out within this industry.  It happens in all parts of our life and we all have various stories that we tell ourselves about success or failure or our ability to attempt something.

Your story may very well be a huge lie.  And until you can stop that lie you are NEVER going to have a successful coffee shop. 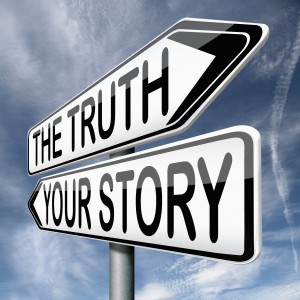 I did a lot of work with a gentleman who recently sold off fifteen coffee shops.  He and I started working together when he had seven shops at the very start of the credit crunch.  His story was that he was going to sell his shops at a pre-determined income multiple and go and live in the Cayman islands.  And he was going to grow the business without debt.

His story became a true story, and as I say, this was at the height of the recession and outside London.

He now lives in the Cayman Islands… 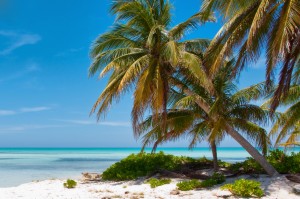 Every time he had any issue within the business he’d pick up the phone to me and I’d come out and we’d fix the issue.  We put in incredibly extensive systems to help induct the staff, we changed food, tweaked the marketing, installed systems, trained the managers and basically did everything that was necessary to create a great business.  But again it was nothing new and absolutely nothing that isn’t contained within the Cracking The Coffee Shop Code course.

He paid me five figures in consultancy but you can have the first five modules of the course for just £3.50.  And if you don’t even think that’s value then I’ll give you your money back!

So what is your story about your business?  Who are you blaming for a lack of success?  And what are you doing to change that story?

If you haven’t attended one of our free webinars make sure you do so at www.crackingthecoffeeshopcode.com  In there I’ll explain exactly how to change your story and give you some techniques that you can directly apply to start making that change.

Iconic One Theme | Powered by Wordpress